A FAMILY has been reunited after more than 30 years.

Long lost cousins Terry Hanlon, of Hartlepool, and Jenny Keshav were reunited after Mr Hanlon contacted a business which ordinarily specialises in tracking down relatives of recently deceased people.

As well as the cousins, Mr Hanlon’s 84-year-old mother Cath Hanlon and Ms Keshav’s 24-year-old daughter, Gemma, finally had the chance to meet.

The family drifted apart when Ms Keshav’s father, John Robert Tebbett, joined the Merchant Navy and moved to Margate where he met Ms Keshav’s mother, following an earlier marriage in which he had two daughters.

Now 54 and with four children and nine grandchildren, Jenny Keshav admitted she was a bit of a rebellious teenager and after living with both her mum and dad following their split years later, she spent a short time in care.

Jenny Keshav said: “To hear that people have been thinking about me all of this time was so lovely. I have just inherited an enormous family in Hartlepool. I am just so thankful to have met them all again.”

Terry Hanlon, a corporate responsibility manager, said: “Every time we have a family get-together the conversation would always get around to ‘I wonder what happened to our Jenny.’ Every time. We have tried numerous times to find her on social media and through old contacts we had but to no avail.

“Then I read about HeirHunter UK and sent them a message and Fraser Kinnie (managing director at the Hartlepool-based company) called me straight away and actually did the search while I was on the phone. I was absolutely amazed how quickly he located her and how much information he had at his fingertips.

Mr Kinnie, who lives in Seaton Carew, empathised with Ms Keshav’s situation which led to her being lost to the family. He said: “There are so many families lost through the care system and adoption who are desperate to find family members. That is one of the reasons why we offer the free family tracing service.”

Heir Hunters UK was set up by husband and wife team Fraser and Tracy Kinnie six years ago and specialises in locating missing heirs across the country.

They have helped to get hundreds of thousands of pounds to the relatives of those who have died without leaving a will. 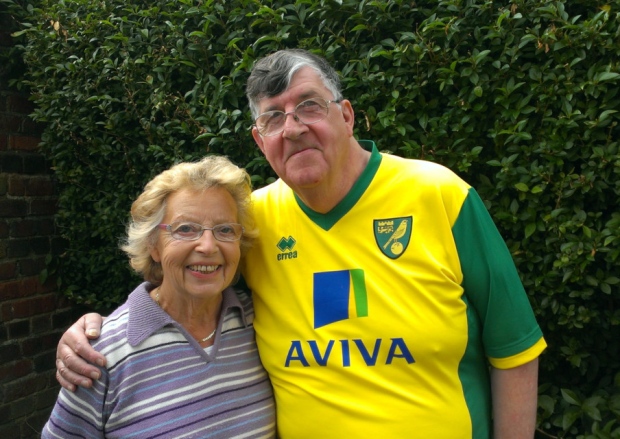 Dave Pascoe met Dawn Turner for the first time in an emotional meeting in town after they tracked each other down via the internet.

Dave, 69, and Dawn, 77, share the same father, Clarence Pascoe – known as Jack – who has since passed away but the pair have different mothers and didn’t know each other even existed until recently.

Dave told the Mail: “I was totally amazed to be told after all these years that I had a half-sister.

“It knocked me sideways as I never, ever, expected it and had no inkling Dawn even existed.

“The news came as a total surprise – but a lovely surprise – and I’m just grateful that we have found each other.

“Of course you have regrets that we could have met each other earlier in life but it is just one of those things.

“It is fate that we met at all.

The siblings never knew each other existed until Dawn, from Ashford, in Kent, started doing some family research on the internet back home.

That led her to discover she may have a long-lost half-brother who she never knew and never met before.

Meanwhile, up in Hartlepool a friend of Dave’s, who works as a professional heir hunter, happened to come across a message from Dawn on an internet site while he was looking for somebody else through work.

It read that Dawn Turner from Ashford, in Kent, was looking for David Pascoe, and that their father was Clarence J. Pascoe from North Tyneside while David’s mother was Sarah Annie Blake.

At this point Dave was told by his friend, who runs the heirhunteruk website, that he may have a long-lost half-sister and the 69-year-old said there was too many coincidences for it not to be true.

The pair then started exchanging letters back in December 2012 and finally met for the first time, in Hartlepool, recently.

Dave said: “We didn’t get too blubby but it was quite an emotional meeting.

“It is crazy to think if it wasn’t for somebody that I know in the business, who was looking for somebody else at the time, then it might not have happened.

“There was too much information, too many coincidences, for it not to be true.

“It was a real shock because so much time had elapsed,” added Dave who has a daughter, Sarah Pascoe, 40, living in Norwich.

Clarence Pascoe – who served in the Army with the Duke of Cornwall Light Infantry – was living in Cornwall which is where he met Dawn’s mum Audrey Lanyon, the pair growing up together.

When Clarence joined the army in 1936, Audrey left Cornwall and moved to live with her mother in London, and Dawn was born.

In 1939 the Second World War broke out and the pair lost contact, with Clarence moving away and eventually marrying and having a son – Dave – with Sarah Blake in North Tyneside in 1945.

Dave is convinced his mum knew nothing about his dad’s previous relationship nine years before or Dawn and that is dad had kept it from her, adding it was a sign of the times.

Clarence was awarded the MM (Military Medal) for gallantry in North Africa during the war and was presented with the medal at Buckingham Palace by King George VI. Clarence passed away in 1975, in North Shields, after a heart attack, he was in his early 60’s.

Dawn only met her dad, who worked in a factory in later life, twice when she was very young and wanted to learn more about her family. Therefore, Dawn’s neighbour carried out internet searches on her behalf and started by looking to identify where Clarence was buried.

It was during a contact with the Army records office that Dawn discovered her dad had a son – Dave – and the search then moved on to trying to locate her half-brother.

Dawn, a retired accounts typist who is married to Mike, 82, said: “It came totally out of the blue, I was only trying to find where Jack was buried and then it led to this.

“It is such a strange feeling before you meet up because you might not like that person but it has been lovely to meet Dave.

“We have plenty of catching up to do.”

The pair spent a couple of days in Hartlepool before heading back home to Kent and they all plan to stay in touch.

Dave, a professional buyer, added: “It has taken us this long to find each other.

“We intend to meet up regularly, this isn’t a fleeting relationship and I am going to hang on to this because it is so precious – to discover a half-sister you never knew you had is incredible.

“I think the world of her already.” 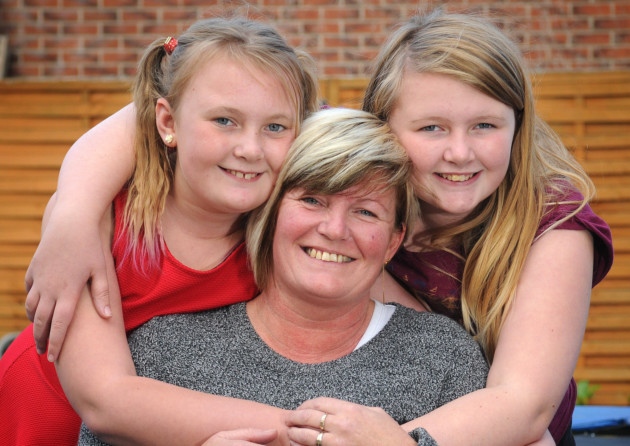 An emotional reunion has taken place in Darlington, as a woman who was put up for adoption as a baby finally got the chance to meet her biological family.

Sandie Shepherdson has been trying to track down her relatives for decades, and eventually turned to a professional for help. 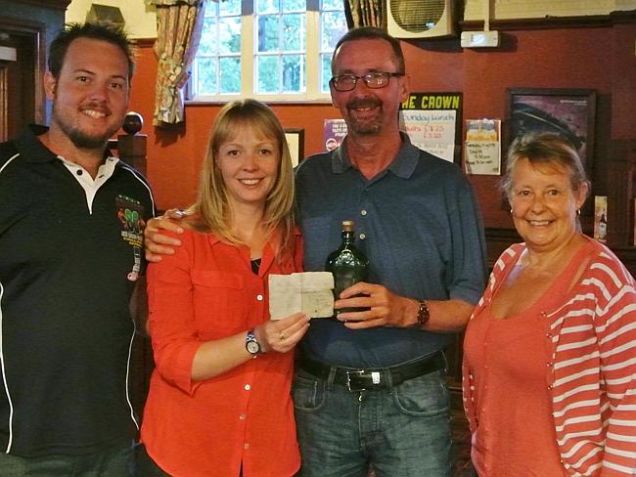 Man reunited with his message in a bottle

This article is from an Australian news paper

An Australian couple were vacationing in Scotland recently when they discovered a curious time capsule: A message in a bottle dated January 15, 1971. Amazingly, they were able to track down the teenager (now in his 50s) who first chucked it into the North Sea.